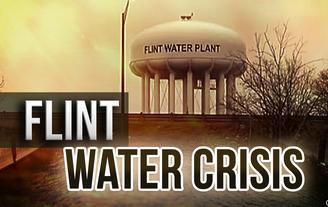 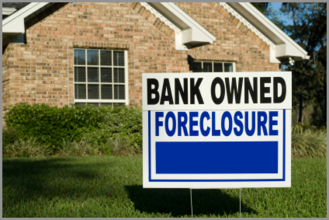 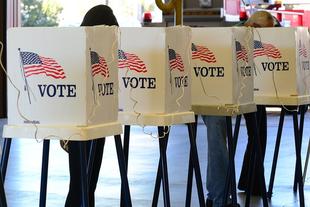 A Work In Progress Congressional District 18

It’s An old Saying When You See Something Say Something , When you know better you do better. As a native Houstonian I’ve watched our city grow by leaps and bounds. But It seems that time has stood still for the areas of 5th Ward, Acres Homes, Settegast, Northwood Manor, Sunny Side, Kashmere Gardens, 3rd Ward. The United States is one of the wealthiest nations on the planet, Texas is one of the richest states in the entire US and Houston is among one of the Wealthiest Cities in All Of Texas. The blaring question is why is Congressional District 18 among the Poorest Districts in the entire nation. I believe that leadership of the nation starts from the top, and our nations Capital is Washington DC. Every deal that affects every City, County And State begins there. In Congress we are currently represented by Mrs. Shelia Jackson Lee from 1995 to Present. I am very aware that she has opened the doors to help countless Americans, just as the generation before her held the doors open for her and her generation. However time brings about a change and I believe that its time that we make a change. There is a person and voice for every generation and I would like to be among the voices that leads the community of District 18 to higher heights. Below are important factors that our country, nation and communities are facing daily.

National And Domestic Security
Any nation needs a strong military to protect it’s borders, so its vital to maintain a Strong Army, Navy, Air Force and Marine Corps. In recent years the nations enemies have grown to include Islamic Terrorist groups. And recent history has shown us that they are becoming more and more of a threat here at home the 911 Attacks on New York City, Washington DC, and Pennsylvania. A Just Recently in Southern California and here in Killeen Texas Where an Islamic Military Officer Went on a killing spree and killed 30 unarmed Americans both Military and Civilian Personnel. And in Global News there have been attacks in Kenya, Nigeria, Brussels And Paris. We have to remain vigilant of The Enemy Of The State  and also work closely with State and Local police To Protect the Citizens of our District.

End Americas Involvement In Middle Eastern Wars
We have to take back Presidential powers that allow the President to commit American Military troop in wars with without Congressional approval. Today our Military Force are being used as Mercenaries all over the Middle East , Iraq, Iran, Pakistan, Afghanistan and now Syria. And this affects so many of us here in the Houston area because the young men and women put into harms way are from our area. We see them and the affects that these deployments have on their family members left behind that hope and pray for a safe return for each of our Military personnel.

Clean Air And Water Issues
The Flint Michigan Water Crisis should sound the alarm that a clean air, water and soil are not an option they are very necessary for our survival. These elements are very essential to human life so we must do all things possible to protect them. It seems impossible the water supply of a state surrounded by fresh water from lake Michigan has been tainted, this is a result to loose regulations and neglect by those sworn to protect and serve the citizens of Michigan.

Build A Stronger Domestic Economy
We are constantly reminded that we are living in the Global Economy, as an American I get the feeling that we have to adapt to the world. Given the fact that the United States buys 80% of the worlds produts and services, I think it’s time we flex our economic muscle.as americans we have one of the worlds highest living standards and are amongs highest paid labor forces. In short economically we can never compete with third world labor prices for example India , Mexico, Pakistan, China just to name a few. So How do we build a stronger domestic economy we have to limit imports, we have to set limits on products allowed into our country. We have to demand that global products bound for the US Market these products have to be made and assembled here in the US. In recent years we have lost nearly one million jobs here in the US a result of the NAFTA a trade agreement that favors foreign manufacturing .  In recent years 75% of US Automotive Industry has moved from Detroit to Mexico. If you need evidence of this take a look at sticker on GM, Chrysler and Ford products its all the more frustrating given the fact that both GM and Chrysler were bailed out by US tax payers to avoid financial ruin. Plant closed in Indiana and moved to Mexico. If we expect to provide Jobs to future generations of Americans to me we have to end  these Trade agreements  whether in North America or the Pacific.

Mortgage and Foreclosure Reform
For most Americans being a homeowner is the ultimate proof that each of us have achieved our own American dream. In most cases becoming a home owner is the most expensive purchase most Americans will make. Let use for an example a home cost you $100,000.00 Dollars the cost for construction is about $65,000.00 to $70,000.00. The builder makes a nice profit for the construction project here is where it gets Pricey. The mortgage payments on this home are roughly $1,000.00 per month for 30 years that’s 360 payments or about $360,000.00. As bad as deal this is for the consumer it’s the arrogance of the lending institutions Banks, Mortgages Companies, Credit Unions. The reason being, each of these lending institutions are funded by public dollars: they lend money collected from the depositors. In addition to this practice they are backed by the Federal Government Institutions Like Sally Mae And Fannie Mae the financial backbone of this industry. So here we have a public private Industry, given that they are supported by the depositers' and federally funded institution. We have to limit the terms of mortgages from a maximum or thirty years to a maximum of twenty years. Given that this Industry is supported with public dollars, lets give the American Public A Break.

In time like these American Home owners need the assurance that they will not lose everything that they have worked for. Currently a Homeowner could have paid their mortgages faithfully for years and without warning their financial situation changes due to economic loss or a host of other issues. In today’s mortgage climate if the homeowner misses three consecutive payments the property goes into Foreclosure. Foreclosure Reform would give Homeowners 24 months to reorganize their finances without fear of losing all they have worked for. As its stands the lending industry is holding all of the cards and the homeowner is left with no viable option to save their property.

Free And Clear Title Property Ownership
This would be an initiative that would allow Americans to have free and clear property titles on land and real estate. If we are going to live in the Land of the Free and home of the brave, at some point we should live freely. In most cases with the exception of home ownership, it possible to pay the taxes on any product or service and you become the owner. For example you buy a television set, computer, car or truck and once you pay for it, its yours. In the case of home or land ownership you continue to pay Property taxes year after year. So at what point do you ever own the property outright without fear of losing all that you have worked for?  I propose that after a period of twenty five years of paying taxes the owner is given a Free and Clear title to this Land or Property and at that point the land is never to be taxed again.

Raise Minimum Wage
For years I have been told that the Democratic Party was for the Working Man and a friend of the poor. So it puzzles me to no end that the Nations minimum wage has not been raised. Please take into account an American in 2016 works an 8 hour day for $58.00 before taxes. If we want to eliminate poverty we have to change an American tradition of having Free or Nearly Free Labor. It’s Time for a change, Lets get it Done.

Voter Reform
Free And Democratic Elections are the pillar of our American Democracy, however they are need of a change. Here in Houston Harris County Texas there are more than one thousand polling stations. Many of these polling stations are in school gyms, churches, community centers and I have seen a few in buildings that I thought were closed. This has to change here in Harris County we should have voting centers and no matter your voting precinct you can into any these centers and cast your Ballot just as it is done in early voting. What happens to your vote when you press cast ballot? If you are anything like me, do you think your vote goes to a central voting machine for tabulation? No, that’s not how it works, your vote stays in the machine and after the Polls are closed the Precinct Judges collect the results and record them and place them in sealed ballot boxes and they are dropped off with the Election Officials downtown and then results are then placed into a computer into the voter tabulation computers. Have you ever wondered why we the voters don’t have a copy of the candidates or the propositions that we have vote for. Have you ever wondered why the winners are declared and the polls are not closed and people are still waiting in line to vote? If we wanted to challenge the results how would we. Here are a few solutions:

1. Each Voter be given a copy of their voting record.
2. Build Voting Centers
3. Gag Order On Media outlets calling the elections.
4. Have Three Day Voter Verification Period were Voters can compare the County results to the record they are holding in their hands.

End All Fines Associated With The Affordable Care Act
For millions of  Americans the passage of the ACA Affordable Care Act has been great achievement, the fear of not being covered due to pre exiting illnesses. But for many Doctors and Health Care Providers this law has been a nightmare to say the least. But for many Poor American its only making them even poorer. The fact that you have to purchase a Health care Plan is bad enough but the fines that follow are leading to financial struggle. The fine for not having health coverage is $695.00 per adult and $347.50 per child. The mere fact that in the coming years the price of Insurance and the fines associated with it will both increase. And for many of the nations poor, when you can't pay the fine you have to do the time or a lien is placed against your home, land, or property etc. Lets end this practice before it gets started. 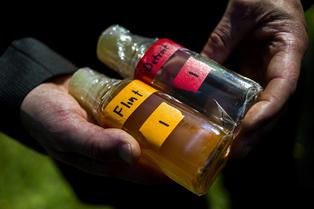 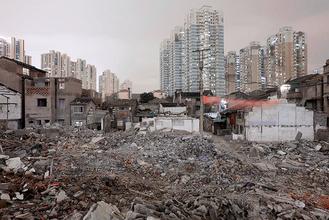